Start-ups tend to conduct their marketing campaigns online. According to WeAreSocial, in 2020, 4.5 billions of people are Internet users, that is half of the world’s population. Based on such statistics, placing your business online is a pretty reasonable decision. Whether you decide to create a website for on-demand services or a simple business card website, the fact that you show your business online is already a good marketing strategy.

In terms of expanding your business on the Internet, it is preferable to design a solid and robust website, which you can improve and enhance with the time, attract more users and sustain a load when dozens of customers visit your website every minute. In this article, we want to suggest Laravel framework for similar purposes as we have rich experience with this framework for server-side development and we can prove that it has never let us down.

Why to Choose Laravel?

Laravel is considered as one of the best PHP frameworks for web application development. It helps build wonderful apps using expressive, but simple syntax. With an attractive templating system, quick third-party libraries integrations, and simple routing closures, Laravel assures that your business online will have a solid backend.

Laravel is preferred by developers because it is much easier to create customized web application than with PHP itself. It has a set of ready tasks, which are commonly used in web projects such as authentication, routing, sessions and caching. Using such tasks simplifies the development process and allows to focus on unique features. It provides a unique architecture, where it is possible for developers to create their own infrastructure that is specifically designed for their application.

Let’s have a closer look on Laravel features:

Artisan is the command-line interface in Laravel framework. It allows creating and using already existing useful commands while building your application. In its turn, Artisan Code Generation allows generating different code files to make deployment of Laravel applications done in an efficient and quick way.

Blade is a default templating engine provided by Laravel. Blade makes possible using plain PHP code in your views. Generally, Blade syntax is a wrapper for PHP, designed to provide a clean syntax. The main benefit of using Blade instead of plain PHP is having the ability to reuse and split templates in an easier way.

Packages are the primary way of adding functionality to Laravel and they offer a great way to group related code. Some of those packages can work with any PHP framework (Carbon and Behat, for example). The greatest advantage of Laravel packages is allowing access to all the framework features to its host application, including routing, migrations, tests, views, etc.

A unified API across a variety of different queue backends, including Beanstalk, Amazon SQS, Redis, becomes possible thanks to Laravel queues. With queues, you can hold off the execution of time-consuming tasks which will accelerate web requests to your application

The Eloquent ORM provides a simple ActiveRecord implementation in order to work with your database. This means that each model you create in your MVC structure corresponds to a table in your database.

Laravel has great routing capabilities, as it provides the developer with instruments to create and fine tune application’s responses to requests. Routing defines the underlying behavior of your applications, and without it, Laravel applications simply will not function. 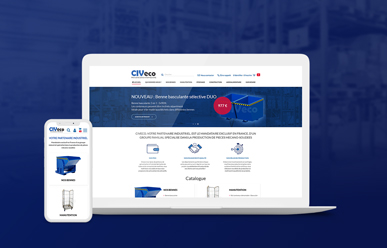 Why Do We Love Laravel?

Set-up and customization process is very simple with Laravel. So a developer will be spending time specifically for the project and not for environment configuration for it.

Integration with additional tools can save much time and money for a client. Often it is also less complex solutions that creating custom elements and it affects positively the app’s performance. Since Laravel is one of the most popular backend frameworks, there are a lot of APIs and SDKs that support integration with it. During app development, you should not worry that some of the functionalities are not achievable within the framework.

The code is not finished until its performance tested. With automation testing you save time and assure better quality that with the manual one. Support for testing with PHPUnit is also included.

Since Laravel is an MVC framework, separation of business logic code from presentation code allows HTML layout designers changing easily the look of a web page without developers’ help. As a result, bug fixes will be done through developers faster if all programming code of the app has the right separation at the early part of the development phase.

Security is extremely important in software development as often apps use personal, payment, contact information. Laravel helps secure the web app through shielding it against the most serious security dangers.